What Could Be an Eye-Opening Project 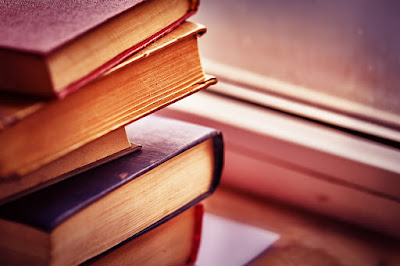 Regular readers know I come from a family of librarians and teachers. For the last four years, I have volunteered at the local library and served as president of the Friends library organization. I also serve on the city library board.

I am an avid book lover, promoter, and reader. Being able to read is one of the keys to a fulfilling life. Being able to choose what I read is as normal as breathing.

It has never occurred to me that a book I would like to read may not be available because someone else has decided it wouldn't be "appropriate" for me.

I am certainly aware of books being banned. The  Nazis in WWII were notorious for banning and burning books they found subversive. During the Reformation, The Roman Catholic Church attempted to halt unauthorized texts from making their way into public hands. When I was much younger "Catcher in The Rye"  had a reputation as too racy for my eyes. Lolita wasn't appropriate for the young, either. But, a general, organized campaign against certain types of reading material wasn't something I ever encountered.

Things have changed. For reasons ranging from sexual identity issues to this country's history with different races of people, religious or political issues, and violence deemed too harsh for younger readers....why a particular book should not be available is a long list. Though often thought of as the pursuit of conservative or fundamentalist folks, there are those on the more liberal side of things that are upset, as well.

Libraries, both public and in schools, are now faced with difficult choices. Demands from parents, politicians or various action groups are no longer hesitant to make their feelings well known. It is simple to find all sorts of lists that include anywhere from a few dozen titles to over a thousand that have inflamed people for some reason. Library and school board members have been threatened.

As a parent and grandparent, I wholeheartedly agree there are some books that I wouldn't have wanted my children exposed to at too early an age. Likewise, my grandkids range in age from 12 to 16; there are subjects or presentations that I don't believe they are mature enough yet to read and process.

What I find unreasonable and dangerous is that someone else wants to make it difficult, if not impossible, for me to read a particular book or be the decisionmaker for my family.

I completely accept that a parent has the right to decide if someone in their family should be shielded from something until they are grown enough to handle the information. Frankly, with what youngsters are exposed to on various streaming movie channels of smartphone apps, I am a little surprised that the movement to ban certain printed material hasn't extended more aggressively to other media. A PG-13 rating for a movie doesn't mean what it used to.

What all of this has led me to is an interestingintention and eye-opening project for the new year. I found a book published by the American Library Association: Read These Banned Books - a Journal and 52-week Reading Challenge.

In addition to a list of books that are often on various book-banning lists, this journal provides a summary of the content of each. More importantly, it lists the reasons often given as to why this particular book should be removed from all library shelves for everyone.

The Library Association asks the reader to check out each book from their local library, read it, and write some thoughts and reactions in the journal section. I gather there are three primary reasons to do so:  see how many of the "banned" books are available in your library, keep them circulating, and attempt to understand why each book is deemed inappropriate for certain segments (or all) of the population.

My intention is to approach each book with an open mind. If there are topics, a wording choice that seems more designed to shock than communicate, or assumptions made by the author that seem unsubstantiated in the text, I will note those deficiencies. If a book strikes me as inappropriate for various reasons, I will make that clear in my summary.

Importantly, I am not reading a book on the list to make light of those who see a reason to question its availability, mock their stance, or state that anything in print should be available to anyone, any time, and any place. If something is deemed not suitable for an eight or nine-year-old by a parent or guardian, that person should take steps to keep their child from being exposed to it.

But, and this is the big but, one parent's decision cannot become the de facto standard for every parent, every person, every library. Each one of us is free to not pick up a book if it offends us. But your definition of offensive may not be mine and you have no right to force it on me.

This approach absolutely does not mean I agree with banning books, any books, for any reason. But, there will be some books in this project that I will understand the rationale for restricting its availability to certain segments of our population. Many of the titles appear to be YA-based or Young Adult in content, so they will be read and critiqued with that in mind.

No to banning books, yes to sensible restrictions imposed on an individual basis.

So far, the first three books on the list are available at my library. I have started the first one, The Absolutely True Diary of a Part-Time Indian, by Sherman Alexie. I have never read it, actually never heard of it before now. So, I am starting completely fresh.

This could be a fascinating project for 2023. If it seems useful or interesting, I will share updates on my findings throughout the year.