It's Not Just For Kids 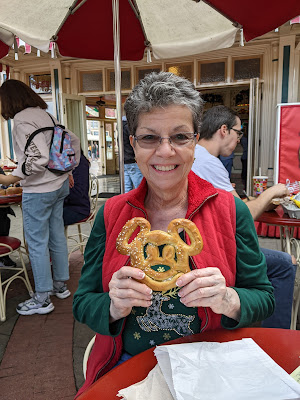 Happy children and family memories come to mind when I mention Disneyland. Along with its companion park, California Adventure.  it is the self-proclaimed "Happiest Place on Earth." And for generations, it has been a magic place that defines summer vacations.

What if that image was modified a bit? What if the people in this story had no children, teens, or family members in tow? What if standing in long lines for rides was not a goal? What if the average age of this intrepid pair of visitors averaged over 70? Could the Magic Kingdom still generate magic?

Betty and I decided to find out. About ten days ago, we took the hour flight from home to southern California. We had three days to immerse ourselves in the adult version of a memory-maker. That meant no standing in long lines for rides. We'd go for it if something looked fun and we could experience it without more than 15 minutes of waiting. No extra expense of Genie+ or Lightening Lanes, nothing that prescribed we had to be at this place at this time.

Dining reservations made weeks in advance? Not this time. We could make do with browsing the carts and kiosks or an occasional fast-service option.

If you are willing to go on only a few rides, skip the fancy sit-down restaurants, and avoid anything that requires standing in a long line, there is so much to experience and enjoy that three days was just enough.

The lights and decorations for the holiday season do transform a magic place into an absolute fairyland. Parades of Disney characters, whether during the day or after dark, absolutely sparkle with energy and goodwill. The "cast members" are trained to always look like they have never been happier than when you see them; not one of the thousands Betty and I saw broke that rule.  They were uniformly happy, in step, and spreading a manufactured but enjoyable aura.

If I mention "It's a Small World," you probably can't help but sing the song that accompanies this family-favorite ride. I have been on the California and Florida versions a dozen times and didn't feel the need to get into that boat and float through the ride again. But, as we passed by, the line was non-existent. We boarded immediately and figured we knew precisely what was about to happen.

Wrong. Not only was every scene, every animated figure, and every nook and cranny decorated, but the music was re-imagined (pun intended). While still wholly familiar, the lyrics and music were the holiday version of that Small World tune. Sounding familiar and fresh at the same time, the ride was a new experience.

The street performers were absolutely top-rate. We enjoyed old favorites, like the Dapper Dans, along with groups we had enjoyed before. Mostly Kosher, Jambalaya Jazz, Five and Dime, the Blue 13 Dance Company,  Dickens Yuletide Band, The Holiday Toy Drummers, The Disneyland Band, and the Mariachi Divas kept us captivated. Tale of The Lion King live stage show was 25 minutes of almost overwhelming energy, color, and costumes. Nighttime fireworks and light shows were as spectacular as one could hope for.

Surprisingly, just a few days after Thanksgiving, both parks were busy. Families with little kids and strollers, groups of teenagers looking for the best place for selfies, young couples, and some older visitors like us. In short, a typical Disney mix.

Betty and I are glad we had this opportunity to be part of Disney magic in a different way. Sometimes doing something differently opens up a new set of memories. 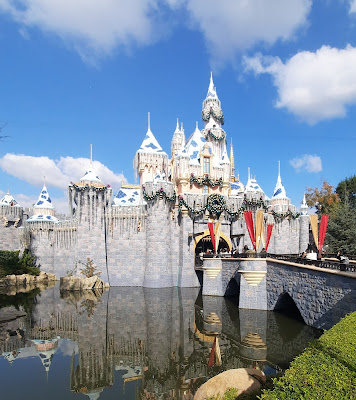 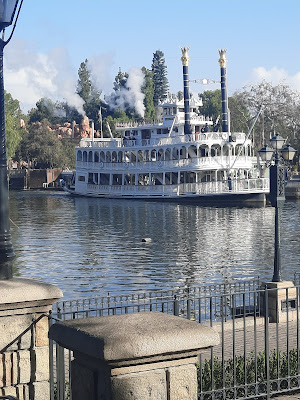 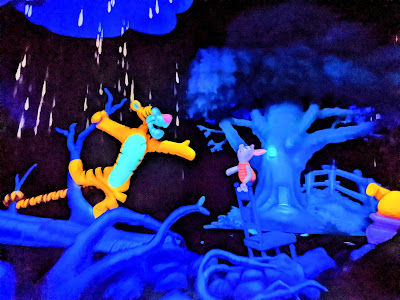 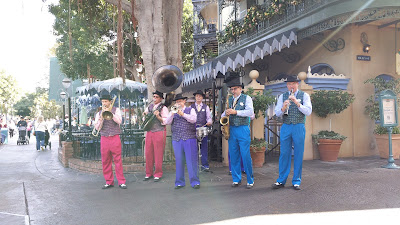 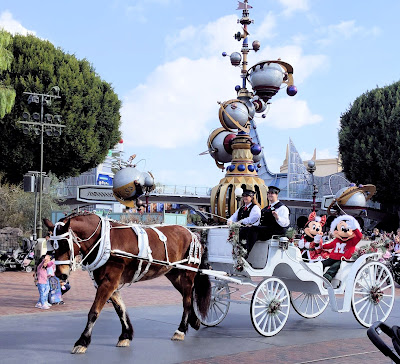 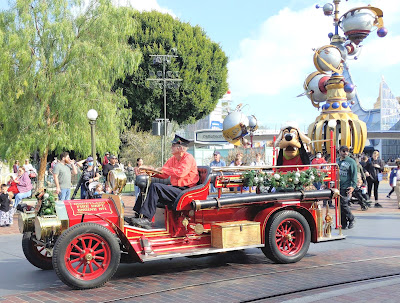 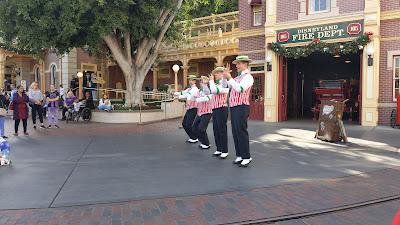 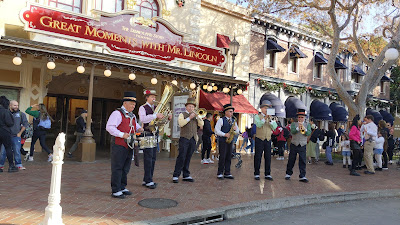 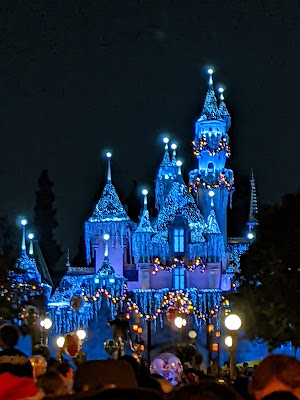 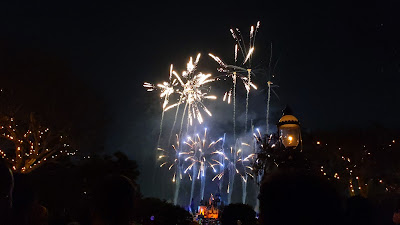 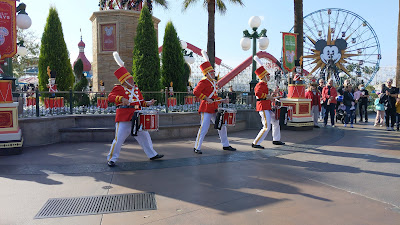 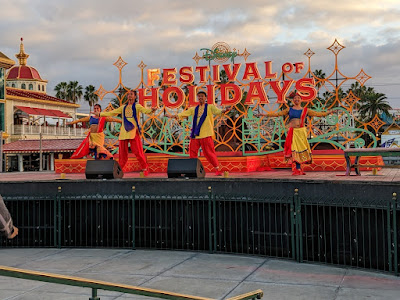 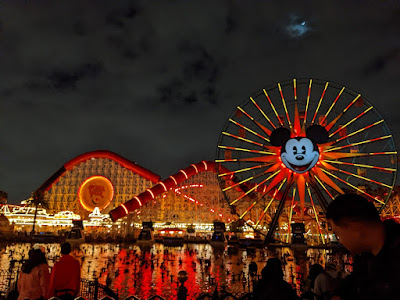 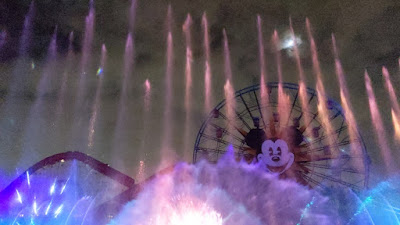 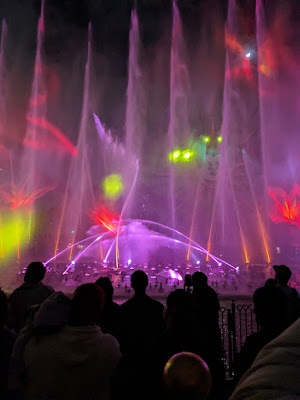 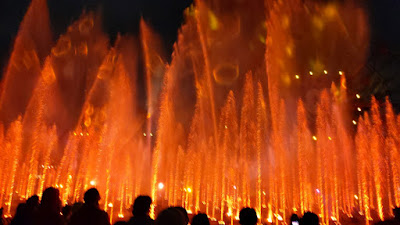 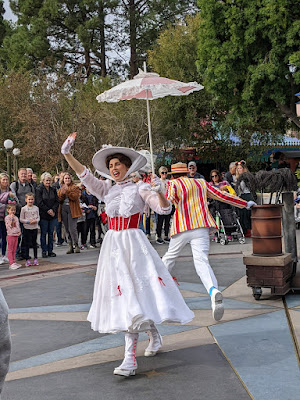 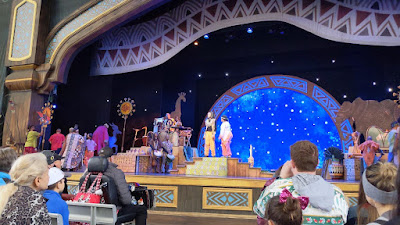 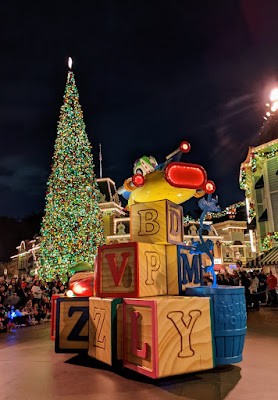