Democracy Is Not Self-Repairing 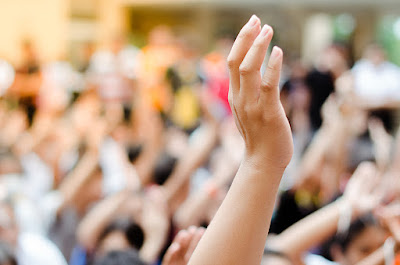 This isn't really a post about politics. It isn't really just a plea to learn who is running and why, and a plea to be sure to vote in November, regardless of the hurdles put in your path. No, It is a brief reminder that what we take for granted is not set in stone. The way we expect our public life to be handled, administered, controlled, encouraged, and protected is always fragile. It is no stronger that the people who live here and those we choose to faithfully represent us.

Our specific form of government does not have a long history and an even shorter track record of success. Without turning this into a history lesson, the ancient Greeks are usually considered the civilization that began using a form of governance that involved people instead of kings or monarchs, making decisions and developing rules for society.

Fast forward to the 1700s and America's revolt against taxation without representation, a hot-button issue, but not the whole reason to pull away from England. Increasingly strident demands for money from the colonies to support Britain's war efforts, the dictatorial nature of civic control, and the very large body of water separating the two societies all played a part in the Revoluntary War.

The result was a type of democracy that involved an attempt to blend the normal attributes of true democracy with a representative form of control. This mix was chosen because the founders didn't trust the "uneducated masses" to make the proper choices for the country as a whole. What they did in their own local areas didn't bother those in Washington, but a Federal system of ultimate control was deemed essential.

If you are interested there are plenty of books that detail not only this form of governance but also its inherent strengths and weaknesses. From day one, America was built on the premise that the "haves" needed to make the decisions and set the standards for the "have-nots."  That conflict continues to this day and is being played out quite loudly and publicly at the moment.

So, finally to my key point: Democracy is not self-repairing.

Our system of managing ourselves and others is quite young in the grand scheme of things. 246 years is not much compared to the 1000 years of the Roman Empire or 600 years of Ottoman control in large parts of Europe and Asia. One could argue that what we are going through at the moment is simply growing pains. Americas is still trying to figure out how to balance such a large land mass, with an increasingly diverse population, using a system designed for different times.  That seems to me to be a copout, a way to avoid the facts of our world today.

One source on the Internet lists these as requirements of a functioning democracy:

* Elected representatives.
* Civil liberties.
* Independent judiciary.
* Organized opposition party.
* Rule of law.
* Citizens in a democracy have not only rights but also the responsibility to participate in the political system.


My humble request is that you reread this list and make two determinations:

1) How many of these six essential markers are in place and functioning well today?

2) What can you do to help repair/replace/solidify those you identify as weak, under attack, or missing?


Like any form of societal control, democracy is in a state of constant flux and constant attack from those who want to be one of the "haves." Democracy is not self-repairing. It takes you, me, your neighbor...everyone to find the weaknesses, then patch, repair, and reset our path.