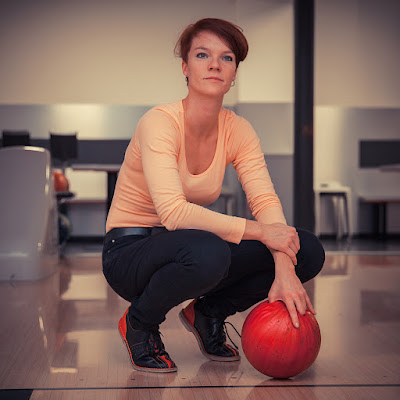 Over twenty years ago, Robert Putnam wrote a book with the catchy title: "Bowling Alone."   He described the tendency for us to do things by ourselves that we used to do as a group. Time spent with family, friends, clubs, church membership, and other activities that once brought us together has dropped while time spent with our smartphones, laptop, and streaming video has skyrocketed.

Of course, his observations occurred before many of today's electronic devices became dominant. In 2000 social media did not exist in the form we know it today. There were places to rent DVDs or VHS tapes, but watching shows streamed over the Internet was still several years in the future. Apps on the phone didn't compete for our time; many of us still depended on a landline. And, Covid with its isolating shutdown of almost everything was two decades ahead.

I shudder to think what Mr. Putnam would uncover if he replicated his study today. Certainly, not much bowling. More to the point, so many lives are spent in a bubble of reinforced beliefs, a focus on self and gratification, a small circle of acquaintances but almost no close friends, and a powerful sense of "us versus them."

Admittedly, I have never been much of a joiner or a party person. I enjoy the company of my wife, my family, and a few others. I can make small talk and engage as required in the occasional social situation. I am certainly not a hermit, but my default mode is away from a crowd.

The last few years have forced even the most social of our species to learn to exist in a very different environment. During the depth of Covid, 35% of the workforce stayed home. That percentage was above 70% for those employed in an executive position.

Now, two years later less than 10% of all employees continue to work from home, though a much higher percentage wish remote work was possible for them. Gaining an average of 70 minutes a day not spent commuting, dressing as one chooses, and not spending $6 on a Starbucks coffee has its attractions.

What has been called "The Big Quit"  began almost two years ago. Millions simply walked away from their job and did not immediately look for another.  As employment has opened back up, a surprising number of these folks decided that, no, they weren't going to return to a job that kept them underpaid and stressed. Others used the Covid-induced break to make a career change, get more education, and reorder their priorities.

Just reported within the last month is a new phenomenon referred to as "Quiet Quitting." These are people who do not leave their job but do not put in any extra effort. At 5 pm they go home even if the desk is cluttered. If asked to do something that is beyond their normal duties, they decline. Weekend meetings are not attended. Basically, these folks do what is required to continue to get paid: nothing more, nothing less.

In certain industries, this passive-aggressive stance won't matter much. But, I can't see Silicon Valley, law firms, teaching, or even medical care not being directly affected.

I don't have reliable figures to back this up, but my guess is a lot of those folks got a taste of privacy and more control over their day and made a lifestyle choice to make that happen.

So, all this leads to my question: whether my approach to interaction and socialization has become more common. Are more of us content to "bowl alone?" Since social media is such a big part of so many lives, has the draw of instant communication and reaction begun to replace the need for face-to-face relationships typically found at work or in social situations?