Be Yourself - Everyone Else is Taken 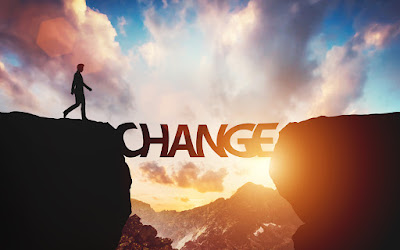 This seems like a good place to restart this blog. The focus moves from how to retire successfully to something a little more inclusive. You might have noticed the blog name changed slightly, as did the tag line. Both represent a way to telegraph a shift away from just retirement how-to subject matter.

Regardless of your age, I hope you will find some thoughts and ideas on these pages that resonate with you. I encourage you to leave comments. That is how we build a community of folks who feel comfortable enough to share personal concerns and reactions.

For this post, I am using a quote from author, Oscar Wilde, as a starting place. Sure, his phrase is a little glib and simplistic. Even so, in six words he expresses one of the elemental problems of being human: Who are we? What do we do with our one and only life on this planet? How do we avoid copying someone else's experiences yet still remain connected to other people?

Aren't you glad I tackled such an easy topic on the first full post after a four-month break?

Let's look at a few of the areas in our lives that have the ability to make it more difficult to be the authentic "us."

Social Media. Personally, I often think of this broad category as unsocial media, but maybe that's just me. The idea was originally a good one: allowing us to connect with friends, family, and new people with whom we share something in common.

That is not how it has evolved. I am hard-pressed to think of any other method for spreading dissatisfaction, misinformation, hatred, bullying, or saying something that makes someone else feel small.

With that caveat, I am on Facebook. I have family, friends, former work colleagues, and groups of people who share some of my interests. I do admit I find some of Facebook's decisions on what to ban or label as misleading to be puzzling. During the past year of political craziness, I admit to adding to the noise level with some posts that fit the above categories.

I am fighting to control that tendency. The whole vaccine issue has promoted me to share thoughts that express my frustrations. I am trying very hard to control my tendency to point fingers, draw broad-stroke conclusions about others, or do something that contributes to the nastiness that seems to be a regular feature of the Internet.

I left Twitter over two years ago and have felt no pull toward Pinterest, Instagram, or any of the dozens of other ways of spending my time.

Doing something I enjoy even if I am not very good at it. Painting comes to mind. I picked up a brush and canvas about two years ago. A few Bob Ross YouTube videos seemed to promise nearly instant success. Well, not quite. He painted over 10,000 of his wet-on-wet oil paintings before his death; I expected a dozen or so would put me in his category.

Nope. On average, I painted over or tossed away about 90% of the first year's output. A few were decent enough to frame and put on living room and office walls. But, that speaks more to Betty's graciousness than the quality.

Eight months ago I shifted to acrylic paint. Cleanup was much simpler, paint was less expensive, and the drying time was in minutes instead of days. Again, the acceptable rate was 10-15%.

Importantly, I continue to enjoy the process. Sitting in front of a blank canvas or canvas board, anything is possible. The finished product isn't about to sell on eBay. But, my creativity is being fed and satisfied.

Not continuing to do something that no longer satisfies. The flipside of the above is learning to not keep doing something because you are supposed to, others want to you, or you feel a sense of obligation that isn't accompanied by satisfaction.

There is a particular activity that a local volunteer organization made possible that occupied part of each week for almost three years. I enjoyed preparing for each meeting, and time spent working with others. Then, Covid shut everything down.

When it became possible to reengage, I realized the "been there, done that" feeling was more prevalent than wanting to go back. Certain people expected me to pick up where I left off but that wasn't enough to put me back in that situation.

I have had similar decision points over my journey after work. Looking back, I realize in each case I made the decision that was right for me. For one reason or another, I had moved on.

Questioning some of my foundational beliefs held since childhood. This is really a whole post in itself, so I will only touch on it now. In matters of religion, church, and beliefs there has been a questioning of much of what came with me from childhood into my adult self. Spirituality and a belief in something larger than myself remains. But, how I experience and react to that belief is evolving.

This is tricky. My goal is not to upset those closest to me, nor is it to challenge their beliefs in this area. This is a private part that needs to be adjusted with what seems to make the most sense to me. So, I am proceeding quietly.

In 21st century America, and in many other parts of the world, being yourself is not always easy. Pressures to conform, to say the "correct" things in a particular situation, or to not appear too far out of the mainstream are ever-present. We seem to have separated into tribes or cultural camps that act like polar opposites of each other.

I don't believe any human life is meant to be a copy of another's. What satisfies me, what allows me to achieve whatever potential is given to me at birth, to help make the lives of both those I know and those who are strangers to me better is the path I am trying to walk. As Mr. Wilde said, all the other options are taken.