What Does Middle Of The Road Mean Today? 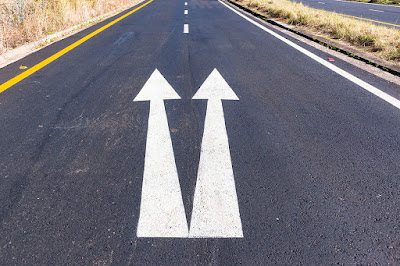 When I first raised this subject several years ago, blogging buddy, RJ Walters, suggested that the extremes in our life are the new middle of the road. That was a disturbing, yet probably accurate summation of what was going on a few years before the 2016 election and everything that has followed.

Even more so than when this thought first crossed my mind our world seems to be one of extremes. Extreme weather, extreme politics, extreme religious positions, extreme Internet hacking, extreme reactions to masks, vaccines, extreme diets, extreme, extreme, extreme. Things seem to have gravitated to the edges of whatever the subject may be.

Maybe it is because of the nonstop intrusion of technology into our lives. In order to break through to be heard or seen, something outrageous has to be said or filmed or posted. Even if based on fact (whatever that means today), a simple, quiet presentation will slip beneath the waves without a trace. The presence of anything on TikTok, Instagram, Facebook, or the medium of the month gives something gravitas and instant credibility.
Actually, let me amend that: especially if something is based on fact it will have a difficult time being heard. There seems to be a requirement for an attention-grabbing presentation, or the ability to generate a visceral, emotional, response to something that need not be grounded in reality.
All of this forces me to look back to a phrase that was quite common not all that many years ago, a phrase that was usually describing a good thing, a goal for life, media, advertising, politics, almost everything: middle of the road. Today, being branded Middle of The Road is a kiss of irrelevance, of a quaint part of our past.
An online dictionary defines Middle of the Road as

The definition of middle-of-the-road entertainment sounds a bit judgmental to me. "It is not exciting or special in any way" certainly implies boring, and unimaginative. I disagree. I grew up in a time when "middle of the road" was satisfying and could be exciting. It was safe, but not pablum. Violence and sex were not required to succeed.

There was "middle of the road" music - songs and artists that the whole family could listen to together. Politicians and political parties wanted to be perceived as middle of the road so large blocs of voters would not feel alienated. Movies were often marketed as family-friendly, or one mom and dad could send junior to see without worrying about its content. Though the phrase wasn't used in this context, most restaurants served MOTR food, comfort food, that satisfied the majority.

Time for an important caveat: the MOTR mindset had its serious disadvantages. Those looking for something out of the mainstream had a problem. Those not included in society's definition of being "normal" had a struggle. Racism and sexism flourished while most of society turned a blind eye. Diversity was a foreign concept. Want a different food than burgers and KFC? Not so easy.

So, I am not suggesting a return to the time of Beaver Cleaver. What I am concerned about is why being middle of the road in almost anything is considered wimpy, wrong, almost a dirty word (or phrase). If a choice in politics, religion, entertainment, family structure, or lifestyle isn't closer to the edges than the center it is deemed defective. I think that was the core of RJ's comment.

In our drive to be all-inclusive of everyone and everything, we have actually shut out the middle of anything. Pick a position and fight to the death. Vilify anyone who doesn't agree with you 100% as the devil's child. Question their sanity, loyalty, intellect, and do it loudly and continuously. Deny inconvenient truths.

One of the "rules" I learned during my years consulting radio stations was the if you tell someone something long enough he believes it. If the client radio station said, "We are the #1 Radio Station at Work" often enough, listeners would begin to think of the station that way, regardless of whether it actually was the #1 station people listened to at the office or factory. Perception becomes reality. See Making the Choices We Do for a more in-depth look at this phenomenon.

I think that applies today in almost all parts of society. The loudest voice, the most extreme position, the largest disconnect from fact, becomes the new truth. The concept of authenticity becomes relative.
Maybe there is no true middle-of-the road anymore. In honesty, I think all of us have certain beliefs or core principles that would best be described as leaning one way or another. Example? While I am strongly liberal in some areas of life, I am conservative in others. Overall, if forced to apply a label. I would average out to be center-leaning left.
Maybe middle-of-the-road is what allowed us to become much more radicalized in certain areas, and certainly more open about airing our disagreements. After all, MOTR didn't welcome anything edgy or disruptive. And, in a socially undergoing so many racial, sexual, economic, and political redefinitions, taking only the center position may seem more like an ostrich with its head in the sand.
I think what has happened is I have changed my view of middle-of-the-road as a good thing, as a notable goal, into a potential denier of our problems. To attempt to remain separated from all that is happening, all the fundamental issues of our day, by taking no real position, is not viable.
Am I wrong? Is Middle-of-the-road no real position at all? Or, am I being swayed by the loud voices on either side that being balanced is bad?
I'd love your thoughts. 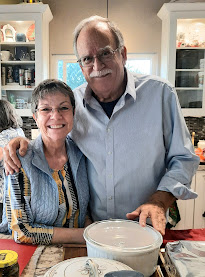