Will You Get a Covid Vaccine Shot? 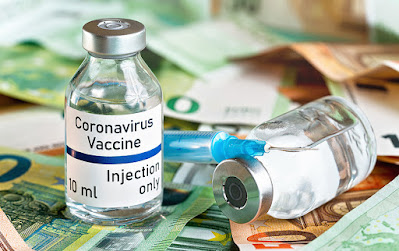 In record time, several pharmaceutical companies have developed vaccines that seem to be extremely effective against Covid-19. After multiple clinical trials and lab testing, they appear to be ready for prime time. The FDA has yet to approve any of the drugs for public distribution, but permission to proceed is very close, maybe even granted since this post was written.

The U.K. started giving Jabs, as they call it, earlier this week. Apparently, two people who had very bad allergies to several things had a reaction to the shot, so the drug company is cautioning those who carry an Epipen to avoid shots at this time.

The logistics of distributing this medicine will not be simple. The speed at which doses can be produced is unknown. One company says they may be able to produce 100 million doses by spring. While that sounds like a lot, remember that people all over the world are in need.

Exacting standards for both preparation and storage will make a quick nationwide rollout impossible.  Who is offered the vaccines, and in what priority is a decision still under discussion. As you might imagine, there are major moral, economic, and political calculations involved. Are there enough people trained to inject others is a real question. Will the military have to help with distribution?

Several public figures have stepped forward to help promote the safety of the shots. Bill Clinton, Barrack Obama, and Joe Biden have said they will be publically inoculated to show their support, both literally and figurately. At some point, we should expect Hollywood and sports celebrities to join them.

Obviously, the long term effect of a particular type of vaccine is unknown. Anyone who accepts one of the first batches of doses is taking a risk, however small. Because of pre-existing conditions, some may not be the best candidates this early in the process. There are also tens of millions of people who hold beliefs about most vaccines that would mean they are not likely to volunteer to be poked with a needle.

Anti-vaxxers will complicate the effectiveness of any medicine. If even a significant minority of any country's population chooses to not be protected, the spread of Covid will continue to be a global problem. Any anti-vaxxer who falls ill might need hospital space and medical care. And, of course, they could affect others in the family or around them.

Could businesses require proof of a vaccine to become employed? Will airline companies ask for proof before allowing people to board planes? What about schools and colleges? If so, how will those who refuse the shot be dealt with?

All of which brings me to the question I am asking you: will you get a Covid vaccine when it becomes available? For high-risk folks, that may be a question that becomes real over the next few months. For those who are at a lower risk of becoming seriously ill or die from the pandemic, the question may not become a reality for the better part of 2021.

Eventually, each of us will be faced with a critical decision: get a shot now or wait for any side effects to surface and the safety of the medicine to be validated by others.

So, there you have it: what will you do when the opportunity presents itself?