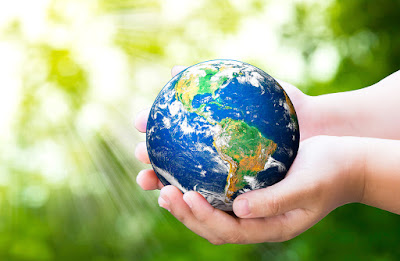 Not surprisingly, the recent post about climate activists brought some serious emotions to the surface. Happily, the majority of comments were well-thought-out, civil, and added to our community discussions. Only a few comments never made it to print, or had to be called out for blatantly "fake" statements. I didn't expect my feelings would change anyone's opinions, but it is a subject that I have strong feelings about.

That is one of the joys of blogging: I wanted to express them and I did. That made some people happy, some not. If you don't believe that climate change is real or that humans have a major part to play, it might be best to simply skip this post. It is OK, I will not be offended.

For those still with me just raising the issue of climate change, global warming, and the place of humans is not enough. Something must be done, some action taken, otherwise it is just words. So, as a follow up, I should tell you what my wife and I are doing. Will our efforts reverse the damage? Of course not. Will these steps help lessen the damage? Yes, though in ways too small to measure.

So, what's the point? It is the power of cumulative efforts. As two people, Betty and I contribute next to nothing. Hundreds, thousands, millions of like-minded people doing whatever works for them, may make enough of a difference to prevent the worst of what lies ahead. We may have already passed the tipping point where some level of change is irreversible. However, immediate steps now can prevent the damage from becoming catastrophic.

Here are the small actions we are taking:

None of these steps are difficult, inconvenient for us, or make us feel deprived. How much difference do they make in the grand scheme of things? Very little. How do we feel about even this easy-to-accomplish effort? Good.

Without going back into the deep end of the pool about climate change, can you share anything you might be doing to lessen our carbon footprint? What steps can all of us consider for our lifestyle?