Jim M. woke up to another day, destined to be just like the day before, and the day before that. He had argued with his wife all those months ago that taking early retirement would be a mistake. He loved his job, he enjoyed the camaraderie of the fellows he had worked alongside for almost twenty years. The 2 hour commute didn't bother him; it was his time to listen to audio books and think. The predictability of his schedule appealed to him. Besides, all that seemed to be waiting for him at home were problems and tension. He was a bundle of nerves as he thought about the day ahead. 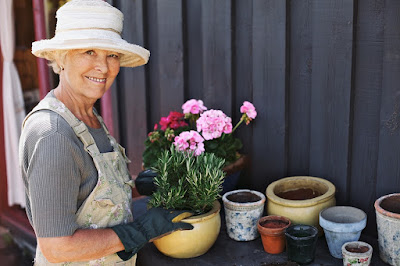 Julie C. woke up to another day, destined to be just like the day before, and the day before that. She had agreed with her husband all those months ago that her taking early retirement would be the best thing that ever happened to them. Even though she was good at her job she had dreaded the 2 hour commute, the mind-numbing boredom of endless meetings, and the harassment she endured as one of only two female engineers. Besides, what was waiting for her at home was freedom and time to spend with her husband, her hobbies, and walking her dog. She was smiling as she thought about the day ahead.


Two people, two similar scenarios, but two very different reactions. What was the difference between Jim and Julie's experiences? Why was Jim convinced he had made a big mistake in retiring, while Julie faced each morning with a smile?


Jim sees retirement as an end, Julie as a beginning.

To Jim, his work was his identity. He enjoyed what he did and who he did it with. In his mind, there was too much of himself left behind when he retired. For Julie, work was something she was good at, but it didn't define her. Her mindset was she worked to live, not simply lived to be able to work. An unpleasant  environment certainly made her decision easier.


Jim has serious problems in his primary relationship, Julie apparently does not.

Jim's retirement journey began with arguments over his decision. You sense that Jim's wife wanted him to stop working yet she hadn't secured his approval or acceptance. Julie's choice was met with encouragement. Jim saw only problems at home after he stopped working, Julie saw the extra time with her husband as a positive.


Jim has no particular passion or hobby to look forward to, Julie has interests that she can now spend time satisfying and the love of a pet.

One of the most important factors in having a satisfying retirement experience is retiring to something: a desire to travel, going back to school, fully engaged in a hobby, starting a business - the list is as varied as humans.

With nothing to productively fill one's day, the hours plod along, time becomes an enemy. Life at work takes on a golden glow, one strengthened by powerful memories that pale against a day with no structure or purpose.

The other reaction doesn't discount all the positives that likely happened over a long career, but is looking at developing another part of one's personality, exploring talents and skills that were hidden while employed.

Jim and Julie are fictional, but the description of their reaction to retirement is not, and of course, the sexes of each could easily be reversed. Each of us have, or will, face life after work. How you respond to the three situations listed above will help determine whether this new stage of your life is a burden or a joy.