I saw the following quote on some material sent to me by the folks at Olderhood.com, an excellent site for retirees.

I like that. As a believer, my faith convinces me there is something good, very good, after my existence on earth ends. I cannot prove it, I have no way of verifying my beliefs, and I don't expect God to audibly speak to me to verify what I think is true, or even that he really exists. I am either right or wrong
But, what I think will not change whatever the reality is.


That is the definition of faith - a firm belief in something for which there is no definitive proof. Certainly, there are historical records, both written and physical, that appear to support my faith. Many of the places, people, and events described in the Bible have been confirmed as factual. What moves this all into the realm of faith is whether the words in the Bible are inspired by a God that is real, the future that he promises believers is coming, and the existence of a real force known as evil is part of the world.

Numerous studies indicate a link between spirituality and health. Faster recovery, fewer complications, or lower blood pressure seemed to follow regular prayer or meditation. Marriage stability and longevity have been positively linked to a shared religious or spiritual mindset.

Of course, there are other factors that could explain these outcomes. Getting sick and then deciding to cover one's bet with a period of prayer or mindfulness is probably not what these studies suggest. Rather, the mindset that accepts that there is something greater than oneself in absolute control, and with a greater good as part of a plan, may be an attitude that allows the body to heal and recover more quickly and completely. I don't know if this is true, but it seems logical.

Speaking from a personal standpoint, I know my life has become much fuller, more comfortable, more relaxed, and more in tune with what I believe my purpose on earth is since my spiritual life became important to me. Those who know me have seen sides of my personality that weren't evident before. As a recent post on my marriage demonstrates, my most important human relationships have only grown stronger over the years.

I don't even come close to the type of relationship with God that I know He wants. My prayer and study time remain too sporadic. Too often I do not treat others without the respect and love they deserve. My tongue and temper can get the better of me. I am a flawed human being and will remain so until I die.

Sometimes I am appalled at what others who follow my belief system say and do in God's name. Apparently, we are not reading the same Bible. Which one of us is wrong? Is it my responsibility to try to correct them? That is a tough question.

People, operating under the mantle of organized religions, have caused tremendous damage, death, and destruction. At the same time, they has given people hope, a moral code, and a path to a life more in tune with what is perceived to be God's desires. The problem comes when they begin to act as if the religious organization is the purpose and specifically endorsed by a supreme being.

I guess the answer is simple: it is not my place to condemn or to force my beliefs on others. It is my responsibility to speak out, to offer an interpretation that I believe is more representative of the intent of God, and then let Him work it out. We are all humans made in the image of God. I think my faith is correct, but as the quote says, I may be wrong.

In all humility I must remember one simple fact: I am not a god, just a pale and flawed representative of the one who started it all.

A Free Book All About Retirement - Just click on the image 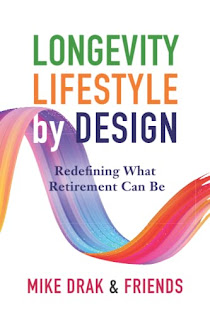