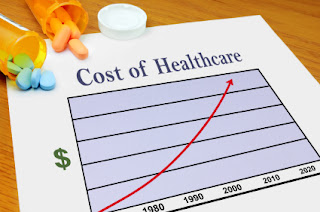 Not surprisingly, recently I received a letter from my health insurance company telling me my present individual coverage is not compliant with the new law. But, not to worry, they had a policy that I could have without any effort on my part. Starting January 1st I would become enrolled in this totally compliant policy. Hidden somewhere on the third page was the rather important information: my rate would go up 18% (the same for the last 4 years) and my coverage would be on par with the a Silver plan (one of the four levels of coverage under the Affordable Care Act). 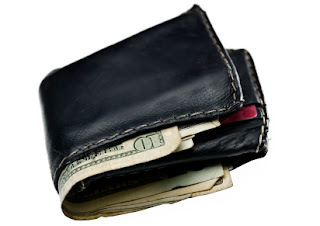 I assume they were counting on me just choosing the easiest option: do nothing and I'd have more expensive and poorer coverage. Also, they may have figured I will start Medicare in May of next year so I will probably just pay the extra money for four months.

I didn't like those options and I wanted first hand experience with the new insurance marketplace available to anyone who doesn't have group coverage or insurance like Medicare. Betty also has a rather poor individual plan and she wants to explore her options, too. So, I decided to go to Healthcare.gov and see what would happen.

I will provide some details of my experiences, but give you the payoff right now: I spent part of four days and a total of  five hours on-line and found a policy that is superior to the one I would be shifted to and it costs almost $200 a month less. I do qualify for a tax credit but even if I had not used it, my marketplace policy would still be $75 a month cheaper with much better coverage.

*It took me about three hours over a several day time frame to complete the on-line application. The process is rather straightforward thought there were some questions and responses I missed and had to go back and fix the mistakes. The problem is the software. It is poor. It is full of glitches and is not ready for the demands being put on it. Several times I had to sign off and come back in again. The software froze at times and wouldn't advance. The application could have been completed much quicker if the people designing the software had done an adequate job. I guess I shouldn't be surprised that the government has spent hundreds of millions on software that doesn't work right. Software rates a D-.

*There were 111 policies for me to choose from in the Marketplace in Arizona, spread across the Bronze, Silver, Gold, and (most expensive) Platinum choices. Since my present company wanted to sell me a Silver level policy I concentrated on those policies. Choices rates an A.

* After applying some but not all of my available tax credit, I looked at about a dozen policies that had better coverage and were much cheaper than my do-nothing choice. I picked three for a more detailed examination and verified that my current doctor accepts these plans. Quality of choices rates an A.

* Twice I had a question so I utilized the "Live Chat" option available on every screen. It took less than 30 seconds each time to connect. The agents answered one of my questions and directed me to an 800 number for the second. Live Chat rates a B- for helpfulness..

* I selected the policy I wanted and completed the enrollment process which took another 90 minutes. Enrollment rates a B.

* Bingo! I was enrolled in a new health insurance policy that should start January 1st. End result rates an B-.  It would be an A if the software wasn't such garbage.

As an update, when I tried to help Betty with her application and choices a few days after my successful attempt the web site was either down, frozen, or wouldn't accept her choices. At this point her application is mostly done but we will either have to wait for several weeks for the web site to get fixed, or use the 800 number which I imagine must have its own set of problems.

Finally, I have confirmation from the government that I have enrolled in a particular policy but I have yet to receive information regarding payments and confirmation from the actual insurance company. I understand the data sent to these companies by the government is sometimes garbled or screwy so I may be celebrating a bit too soon. I will contact the company directly if I have not heard from them in another week.

Based on the figures I have been able to collect I estimate Betty will save at least $130 a month for superior coverage.

Like all legal documents you are familiar with , I will state that your results may vary and my success is no indicator of what you may encounter. But, for me the ACA (or Obamacare for those who prefer the generic name) eventually worked and will save me several hundred dollars a month while improving my coverage.


UPDATE: I have received my correct paperwork for my new policy. It arrived within one week of my on-line enrollment.