I'm Living in a Time Warp 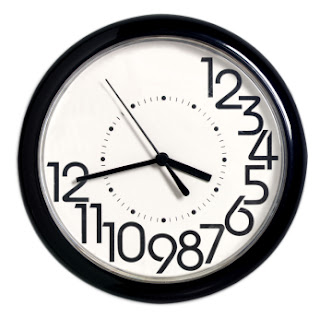 Is it just me, or has time speeded up without telling anyone? Has the government decided to save energy by making each day several hours shorter? Has my calendar shortchanged some of the months so a year isn't as long as it used to be?

When I was a younger man time moved at a proper pace. The days spent on the road or between vacations was about right. A year lasted the correct amount of time. Now, just as time becomes more precious  it accelerates. That seems remarkably unfair. Not just days, but whole weeks seem to simply disappear. The trip we took to Tubac, AZ seems like just a few weeks ago, not half a year. Was it really 16 months ago Betty and I took our "Drive Til You Drop" road trip? That can't be.

The advice I read says there is a way to get time to cooperate. If I live in the moment, savor each thing I do, and not look ahead to an event in the future, time was again click by at the regular pace. OK. That works for a little while. Then, we are off to the races again.

I've also read some scientific reasons why time seems to speed up as we get older. It involves something about dense, first memories, and sketchy later memories. Sounds plausible, but not helpful in getting whatever is causing my time loss to stop. The suggestion was to have more first-time, intense experiences that cause fresh dense memories. That was particularly unhelpful advice.

One lady, Merry Walker, posted this on answerbag.com 6 years ago:


"When you're five years old, a year is one fifth of your life. That makes it seem like an impossibly long time, especially if you're five and have to wait until next year for something you really want.
In comparison, when you're 20, a year is only one twentieth of your life, and while the days don't exactly fly by yet, a year doesn't seem like the eternity it was at five.
By the time you're 50 and a year is only one fiftieth of the time you've experienced, a year whips by pretty quickly."
Makes it all sound reasonable and normal. That may be but but my time loss is very personal to me.


Nothing I found on the Internet seems to solve the problem. Since time is really a man-made, artificial system of measurement, you'd think someone would invent a way to have it stop running away from me.

This post is a bit shorter than what I normally write. But, it seems as though the last half day disappeared while I was on the laptop writing this. Since that proves my point I will quit while there is still part of the day left......oh darn......it's gone.