What happened to Second Helpings? 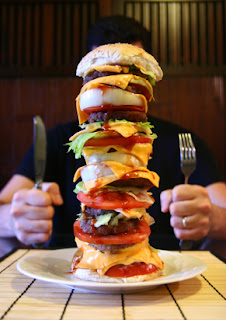 Remember second helpings? When you were younger with a body that would allow you to eat almost anything without gaining an ounce, second helpings were probably quite common. The food was good, you still had room to squeeze in more, and the platter beckoned you to help yourself. You may have felt stuffed when you were finally done, but so what. Life was good.

As we age weight seems to pile on with virtually no effort. We have learned that our body will gain pounds and inches just by thinking about food. Second helpings are a fond memory. We eventually learn to push back from the table.

What about in other things? Have you developed the habit of pushing back from the table of life? Do you "know" that certain things just aren't good for you, or probably not worth the effort? Instead of pounds are you afraid of changing?

If so, you are entirely normal and human. Certainly for me, I went through a period in my life where I became so comfortable with a certain pattern of existence I avoided all change. I wasn't particularly happy with the rut I had parked my life in but I was comfortable, and comfort tends to win. That is sad. When I think back to what could have been during those years, I wish for a magic wand that could give me a partial "do-over."


What was it that kept me living a life that was far less than it could have been?

It took a major jolt to my nice, safe, tidy, little world for me to understand I had been pushing back from the table of life for years. What happened? My business died. It faded away to nothing a good 10 years before it was supposed to. I was kicked out of my rut and into retirement before I was ready.

Guess what? I landed feet first with a burst of insight and and clarity that money and security and safeness had been hiding: I disliked what I had been doing and how I was spending my one and only life on earth. I had been avoiding life by pretending to live.

The last twelve years of retirement have been some of the most satisfying of my 69 years. It took a kick out the door of comfort, but I finally realized how much more I was capable of. The box I had drawn for myself was too small for the person inside. Most of the limits were self-imposed. I had become afraid of stretching myself.

Am I a wild and crazy guy? No. Am I likely to walk across Africa or live in a tent in Alaska during an Arctic winter just to prove I can do it? Not going to happen. Will I surprise myself occasionally by tackling something new and different? Yes, though still not often enough. I am very much a work in progress. 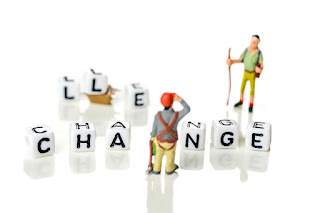 I am willing to bet there are parts of your life that could use a shakeup. Your job, should you choose to accept it, is to think of a few ways you want to add a dash of change, a pinch of excitement, and a spoonful of risk to your satisfying retirement day. Come on, admit it, there are times when you really would love going back for second helpings. 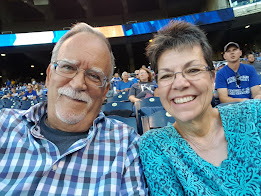